Created a stronger sense of belonging 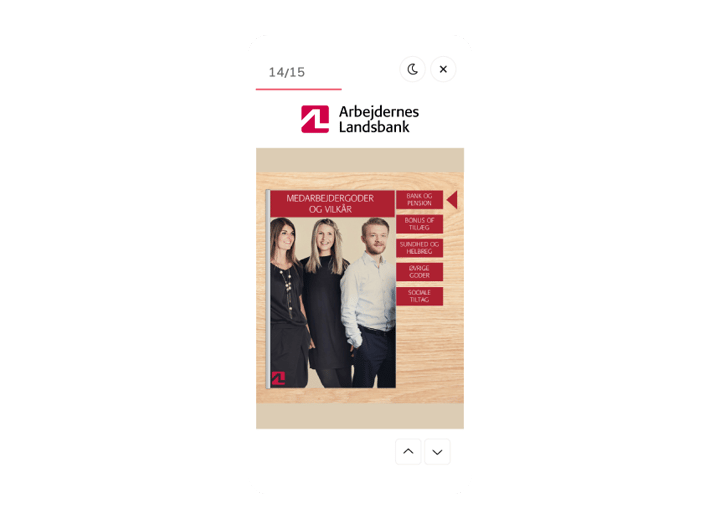 Arbejdernes landsbank is 6th largest bank in Denmark. For 13 years in a row, the bank has been named the Danes' favorite bank in the largest independent satisfaction survey of Danish banks.

In Arbejdernes Landsbank, there are approximately 1100 employees including its subsidiary company AL-Finans. And like with other companies, they can also feel that new tendencies are about to occur when people are planning their careers.

It’s no secret that we are going to see a lot fewer 30th or 40th anniversaries than we once did. People are changing jobs more frequently today – also in AL,”


Therefore, it was important for Arbejdernes Landsbank to give new employees an understanding of who they are and to create a stronger sense of belonging faster. That’s why Martin Wonsil Bastrup and his colleague Lene Overgaard began to meet with different providers who could help solve the challenge.

Learningbank stood out in various ways, first in regards to technology. In addition to the technology, Martin and Lene choose Learningbank because of their human qualities.

“We also met with other companies that offered similar services, but where Learningbank really stands out is on the relational plan. We had great confidence in Learningbank, and exactly that matches very well with our values of attentiveness and trust. We also try to stand out in regard to our competitors,”


After they had made the final choice to go with Learningbank, Martin and Lene were put together with Learningbank’s learning designers, consultants, and psychologists. Here a new digital preboarding solution was born.

The preboarding solution for Arbejdernes Landsbank was launched in May 2018. The modules were designed based on gamification in which you use game mechanics in a context that generally isn’t game-based.

New employees play their way to basic knowledge about Arbejdernes Landsbank’s history and values. They will do that by interacting with the content and by solving tasks that continuously will give them the number combination to open the bank box with the gold at the end.

”We have received great feedback from all who have been through it. The managers, in particular, have told me that it is easy, accessible and that it has been a good and light introduction to what Arbejdernes Landsbank is and what we stand for. They think that the whole package is good, fun and professional,”


Arbejdernes Landsbank also got feedback on the entire revamped onboarding process as well as the preboarding modules. The majority of managers tell that their new financial advisers are becoming more self-driving faster. So, as a result, the new process has reduced time-to-performance. 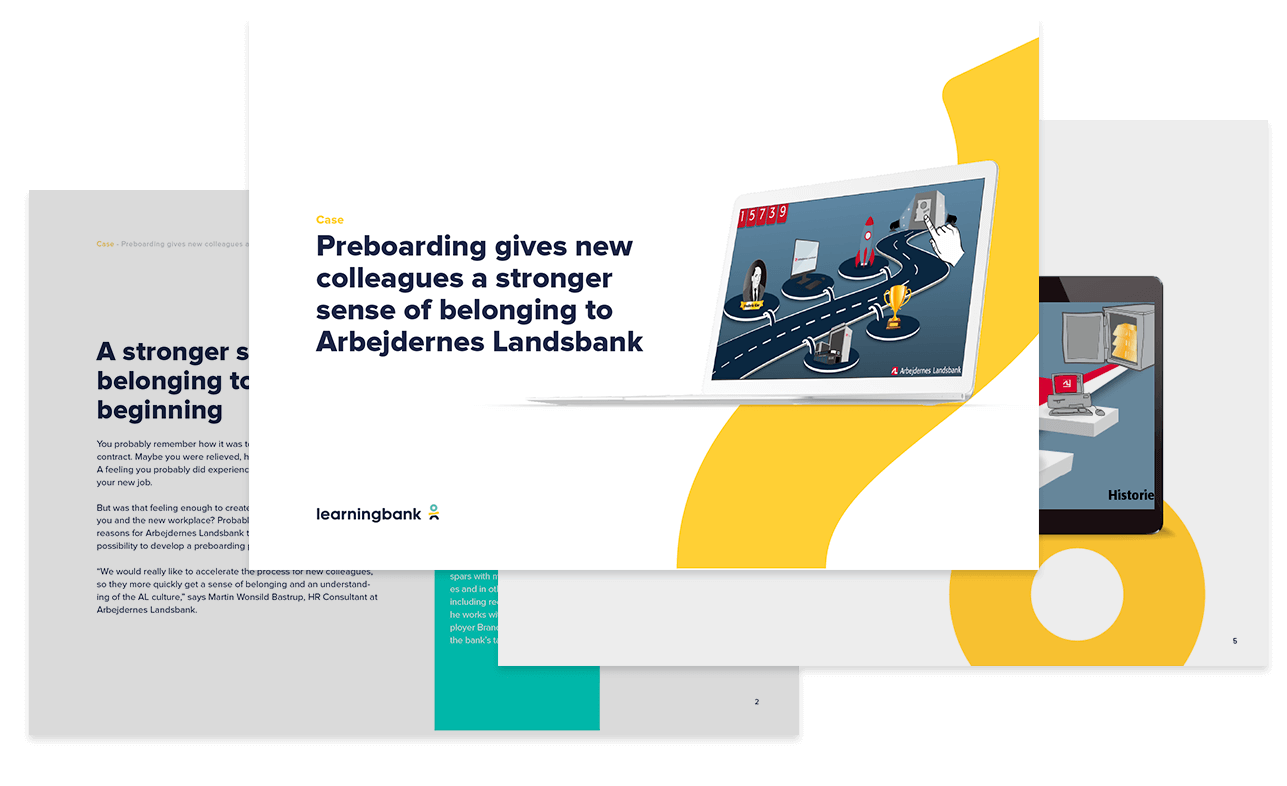