Future Work Life: How Automation Changes Our Jobs and Tasks 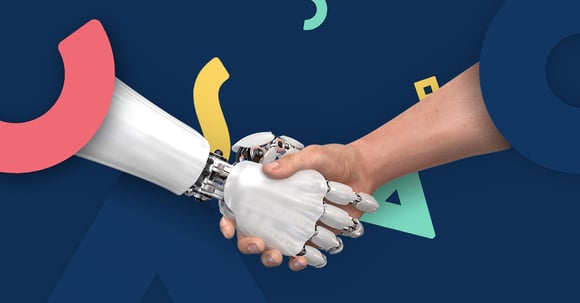 I watched the award-winning Netflix documentary, American Factory (2019), the other day. In the final scene, letters blew up and told me that:

"Up to 375 million people globally will need to find entirely new kinds of jobs by 2030 because of automation. How workers, governments, and businesses tackle these seismic shifts will define the future of work."

Bam. Just like that. And this made me instantly think about automation and the defining time of work we look into. But. Is automation all that bad? And is it possible to use automation for the better with humanity, instead of against it?

Automation and the Stats

The definition of automation is basically that you replace human activities whether it is physical or mental with machinery, robots, and the like. Maybe you have already checked out Will Robots Take My Job? but of course, automation is more complex than just adding your job title into yet another (yes: automated) algorithm in our future of work.

In fact, the answer differs very much if you ask the experts how much automation will replace human work in the future.

According to the documentary American Factory (2019) that we mentioned in the beginning, it was up to 375 million people, who would be affected by automation by 2030, but it is another story if you watch the video below from World Economic Forum. Here, 'only' 66 million people will lose their job because of automation.

And this video from McKinsey and Company below says that 3-14 % of the global workforce may switch occupations or acquire new skills before 2030 depending on how quickly automation is adopted. Their solution to cope with the changes is especially re-training of mid-career workers.

If we stick with McKinsey, they claim that, actually, only 5 % of jobs are fully automatable. So, no need to panic then?

Yet again, if we turn to OECD, they paint a different picture. They say that 14 percent of jobs will be automated in industrialized countries.

And how much will the investments in automation even cost? If we look down in the deep wallet, then the demand for workflow automation processes is expected to spike to $26 billion by 2025, up from less than $5 billion in 2018.

The numbers vary. But the facts do not. Regardless of how many million people will be affected by automation in the future, it will have an impact on the future of work. But what jobs are the ones most likely to be affected?

What Jobs Will Be Automated?

We just learned that 5 % of jobs are fully automatable according to McKinsey. This is especially jobs in manufacturing and agriculture, but also drivers, radiologists, receptionists, and jobs in customer service will eventually be gone.

About half of all job activities can be automated according to the same McKinsey study. Some activities are more easily automated than others. These are mostly physical activities in highly predictable and structured environments, as well as data collection and data processing. The activities least likely to be automated are managing others, providing expertise, and interfacing with stakeholders.

Experts argue whether this will happen in 10, 30, or 40 years. This may not seems so fast at all, but in fact, the rapid pace of when it will happen is still way faster than the last industrial revolution.

The speedy transformation of the nature of work means that people must learn new skills to stay on top of their game. And this might be hard for someone who has been in the same job for 25 years. Here, it is important to create an effective learning strategy for your organization that takes all types of employees into account - especially if you plan to use a lot of digital learning content to upskill your workforce.

Maybe, it is not all employees that have to upskill to manage their job in the future, but some might also look into reskilling, where they learn new skills to handle a job in the same company, but in another department or role. So, automation may not be all bad, but can also create new career paths for workers to pursue.

The Delight of Automation

Now, we have just talked about the jobs that are likely to vanish or change because of automation. But a lot of AI jobs will also be created when more of our work gets automated.

Furthermore, automation will in most cases actually improve our work experience. And if we do it right, we can create a symbiotic relationship between man and machine, where we are stronger - together.

Safety is, for example, a factor that automation can boost. 80-90 % of accidents in the workplace happen due to human errors, and this is something sophisticated AI video technology can prevent in predictable work environments.

On the other hand, if you are a lawyer or accountant, you probably have automated tools as specified calculators or search engines that will get the job done faster. And if you work in HR, you can also use AI tools to find the most relevant candidates in a recruitment process, or use a learning lifecycle platform to send out automated learning tailored to the specific employee's stop on the employee journey.

Basically, automation can handle a lot of mundane, boring tasks that humans do not want to do. And automation can make us three to four times better, stronger, (and richer) if we instead of fighting the change, learn to see the improvements automation can create in our work lives.

Upskilling and Reskilling: What Is the Difference?